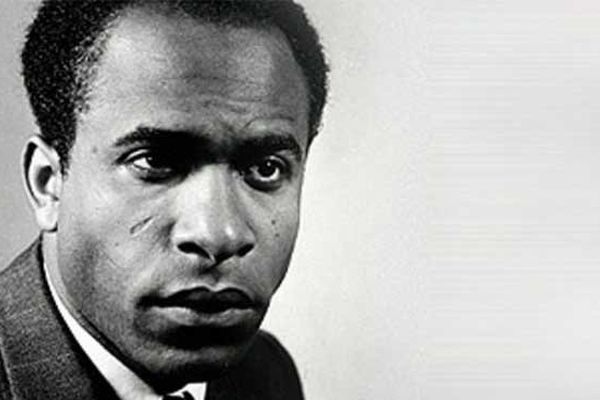 Born in what was at the time the french-owned colony Martinique, Frants Fanon studied and was concerned with the psychology of colonization as well as the human, social, and cultural consequences of decolonization. He became an important figure in the fields of post-colonial studies and racism and is still known for being an impactful psychologist, philosopher and activist. However, he was not always aware of the issues he discussed and explored later in his professional life. Fanon was born in 1925 as the third of four children of a middle class family; growing up he was always a proud citizen of the French Republic and even fought proudly like many other Black men with the Allied forces during the Second World War, where he visited Algeria for the first time. He went on to study medicine and psychiatry in France, where he first began noticing the “white gaze” following him around. This along with previously seeing the sufferings of colonized Algeria made him become shamefully aware of his black body and the racism that came with it.

A thesis is born : a new outlook on racism

According to Fanon, the suffering of being a black man often resulted in trying to become as white as possible, or putting on a white mask. It is quite simply accepting one’s individual fight against racism is already lost and coping as best as possible to live peacefully in that reality. He wrote in his first book “Black Skin, White Masks” that colonialism is “a systematized negation of the other”, leaving the colonized to constantly wonder: Who am I in reality? However, he soon after changed his perspective to understand the imminent problems at hand involving oppression and violence against the colonized. In 1959, in a review of Richard Wright’s “White Man, Listen” Fanon wrote “the drama of consciousness of a westernized Black, torn between his white culture and his negritude, while painful, does not kill anyone.” Still, in the rest of his book “Black Skin, White Masks,” he explores in detail the seemingly unimportant ways racism exists in everyone’s lives, insinuating everyone is inherently racist without realizing it. He used language as an example to this theory, that leads one to subconsciously accept the correlation between whiteness and purity and blackness and malevolence.

In 1954, while working as a psychiatrist in a hospital in Alfiers, Fanon was confronted daily with both the colonizers and the colonized on the land; French police torturers and their Algerian victims. Still, he began seeing both sides as victims to the normalized massacre and torture in Algeria. It was then when his second realization occurred; he became convinced that psychiatric treatment would not work in either victim under colonialism––the absolute evil. After this he resigned from his job and joined the Algerian National Liberation Front. This began the fight and studies on colonialism, under the basic assumption that colonialism is a machine of naked violence which only gives in when confronted with greater violence. He explained then, not only is it natural to expect a counterattack from a government attack, but it is also a kind of therapy for dehumanized natives; when men are being cut down like dogs, “there is no other solution but to use every means available to reestablish your weight as a human being.”

In his later book “The Wretched of the Earth,” Fanon explored the ideas of fixing the bigger issues at hand, compared to his previous work on the personal effects of racism; how to give back to the communities the history they have lost and the meaning and purpose of revolutionary struggle. Although he accepted the fact that the damage could not be undone and that trying to revive a black civilization unjustly ignored would not satisfy the efforts, he insisted in his first previously mentioned book “Black Skin, White Masks” that we should not make ourselves the man of the past. Along these ideas he explained that european imperialists have, for centuries, behaved like war criminals in the underdeveloped world, using deportation, massacres, forced labor and slavery to accumulate wealth. Due to his psychological training he was able to understand the images and ideas imposed on the enslaved by the enslavers, knowing that Black men who internalized these ideas would find it impossible to stray from them and their colonized selves. Part of this was a result of what today is known as white savior syndrome: white people wanted slaves but also wanted to be worshipped by their slaves, acting as their saviours who brought knowledge and superior tools of science, reason, and individual enterprise, ignoring the vastly opposing negative effects. This same way, in Fanon’s view, the Western bourgeoisie was fundamentally racist and its bourgeois ideology of equality and dignity was merely a cover for capitalist-imperialist greed.

After a lifetime of studies and fighting the issues he studied, trying to understand the being and the not being of men, Frants Fanon contributed to a multitude of causes. And although the extent of his works and aftermath is almost infinite, it is undeniable that he has an everlasting impact.

“When we revolt it’s not for a particular culture. We revolt simply because, for many reasons, we can no longer breathe”― Frantz Fanon